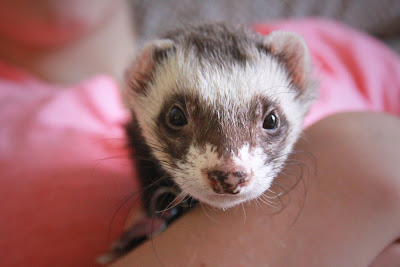 It's the news that no animal parent ever wants to have to give.   There is nothing more painful and heart-wrenching in this world than losing someone you love - someone who means so much to you and fills your life with such joy and happiness.  Every animal is an individual that can never be replaced, with their own quirks, antics, and unique traits that just make them who they are.   And Viggo was no exception. 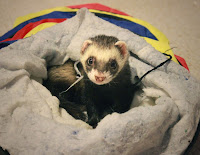 Viggo came into my life nearly a year ago when I adopted him from a shelter.  His previous owners had been evicted from their home and they left him behind with no one to care for him.  Viggo was very ill and depressed when he was brought to the rescue.  Fortunately he was well cared for and brought back to health with much TLC and proper nutrition.  It broke my heart to hear that someone could treat a beautiful animal with such disrespect and neglect.  All I wanted for Viggo was to give him the kind of life that he deserved and should have been given.

Viggo settled in very well and was a true member of the family.   Nana adored him and would never leave him out of her sight.   Kaiser was the one who especially took to the new addition; the two would chase each other around the house for hours before Viggo would get pooped and "crash" in Kaiser's bed.   I loved Viggo's love and enthusiasm for life, and the way he never seemed to have a bad day.   He was always up for something new, whether it was a car ride, exploring the pet store (he was always a favorite there, and loved doing tricks for the costumers), digging in the garden, or going for his daily walk down the road. 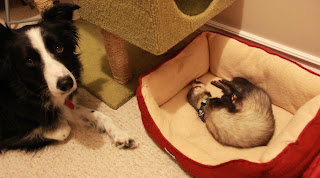 Viggo had it in his mind that all of Nana's toys belonged to him.  Every time I would go to the living room for Nana's playtime, her toys were always mysteriously missing.   Luckily I knew where Viggo's favourite "stash spot" was under the couch, and it became a daily routine for me to fish out all of Nana's toys from under there.   Viggo's favourite toy of hers was her long, plush, squeaky hot dog that she got for her fifth birthday; it was that particular toy that was always the first to disappear.

Viggo had the most mellow, gentle temperament I have ever seen in a ferret.   He was so calm when I held him in my arms, or when he met strangers.  He was such a wonderful ambassador for his often misunderstood species and thrived on the attention of new people, never being too busy or tired to show off his tricks.   As I cuddled him in my arms, Viggo would sometimes fall right asleep.   I couldn't imagine life without my little buddy.


A few months ago, I began to notice the hair on Viggo's tail thinning out.   My first thought was that he had rat tail, which is common among ferrets, and that the hair would grow back when his winter coat came in in the fall.   I kept a close eye on it during the autumn months without seeing any sign of the hair wanting to grow back.  I was immediately alarmed and made it a daily routine to examine Viggo for any signs of hair loss on other parts of his body, which would be a symptom of adrenal gland disease.  Sure enough last week, I noticed early signs of his hair thinning out on his rump.   I called Viggo's vet and booked an appointment for him as early as possible.


A few days later, Viggo took a turn for the worse.   He began vomiting and then quit eating and drinking altogether.  I gave him water through a syringe to prevent him from getting dehydrated and offered him some chicken to eat, but he showed no interest in it.   He became completely out of character and wanted nothing to do with Nana and Kaiser's invitations to play.   He soon began to stumble as he walked and, though I tried to get him to drink, he became very dehydrated and weak.  The speed at which he was going downhill was staggering.  I called Viggo's vet right away and paid extra for an emergency visit.   I was extremely concerned about him and it hurt me deeply to see him suffer.


At the time I got him to the vet Viggo was completely limp, appearing to have lost all will to live.   It shattered my heart looking into his pitiful eyes; I could feel his pain and I hated nothing more than seeing my pal suffering.   After examining Viggo and doing X-rays (which suggested he had a very aggressive case of lymphoma in addition to adrenal gland disease), Viggo's vet was frank saying she didn't think he would be strong enough to pull through any surgeries if they were to perform.  I love Viggo more than anything, and all I wanted was to do what was best for him.  I made the most difficult decision of my life.  Any other animal parent who has had to make the same decision would understand just how hard it is.   I held Viggo in my arms for the last time as she gave him the needle, and watched as he took his final breath.   Viggo's suffering had ended; I knew he was in a better place.


Viggo meant the world to me, and the love that I have for him is immeasurable.  You never stop loving your animals even after they pass, and I will always love my pal no matter what life brings my way.   Viggo will always be in my heart.   I know how difficult it will be adjusting to life without him here with me.   Whenever Nana's toys go missing, I will be expecting a little masked bandit to have hidden it somewhere.  I will look in that red octopus and see a black, furry tail coming out of it - another look, and it's gone.  I will forever be hearing the sound of him galloping on the floor, even though there is not a sound to be heard in the house.  It feels like a part of me has been torn right out from me.  And in a sense, it has.

I will never forget my buddy, and there will never be another like him.

Rest in Peace, my little V. 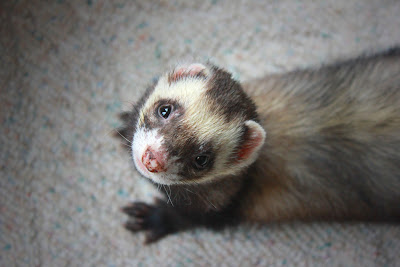 Posted by NanaBorderCollie at 10:56 AM 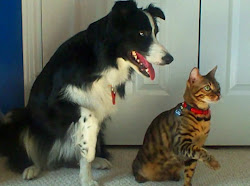 NanaBorderCollie
The official blog of the Amazing Animal Tricks Gang, the best place to stay up to date with all of their latest adventures. All of my animals' behaviours are taught using exclusively positive reinforcement and clicker training. 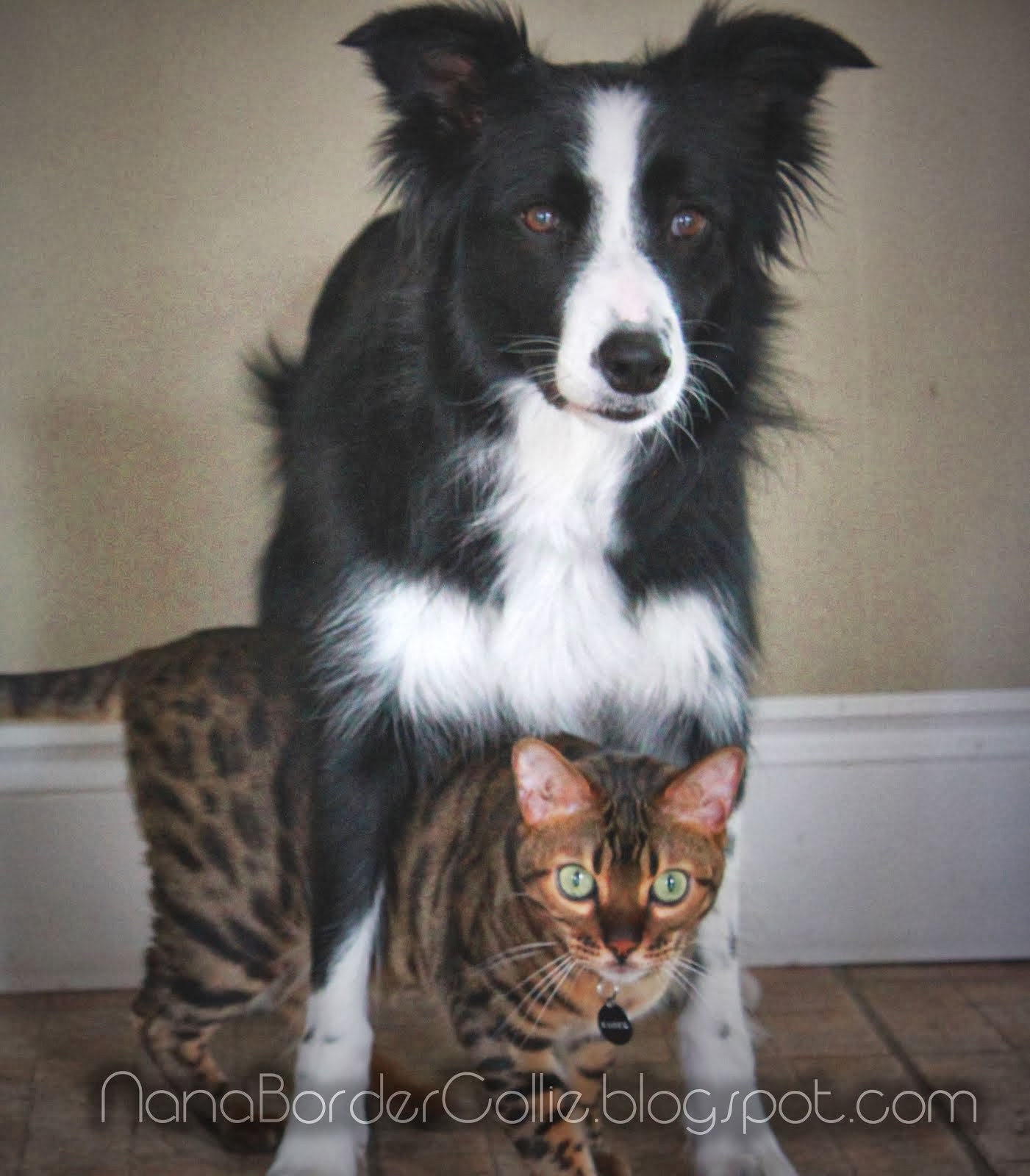 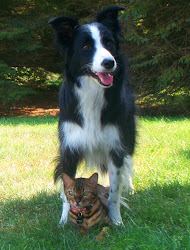 "Our perfect companions never have fewer than four feet." - Colette 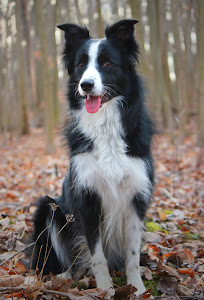 "Money can buy a fine dog, but only kindness will make him wag his tail." - Kinky Friedman 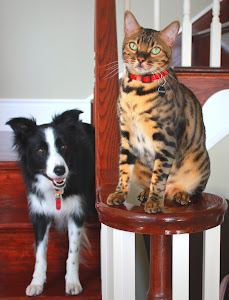 "Some people talk to animals. Not many listen, though. That's the problem." - A.A. Milne 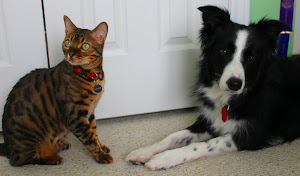 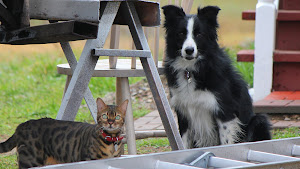 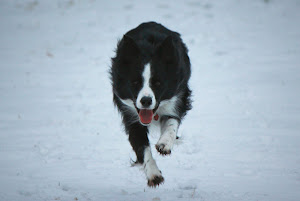 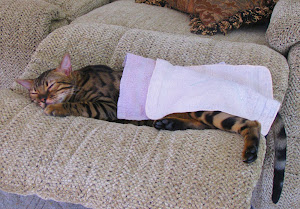 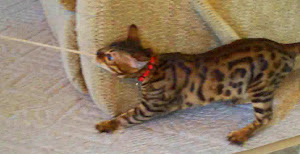 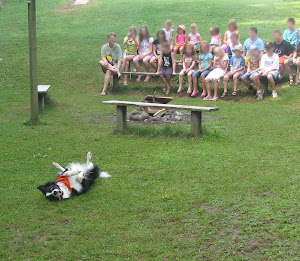 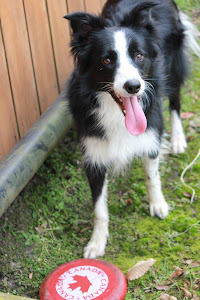 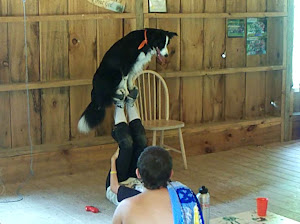 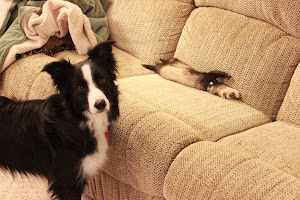 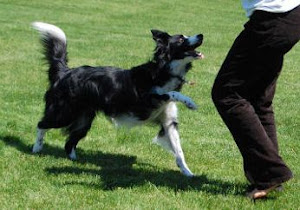 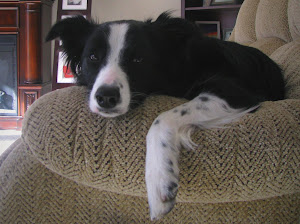 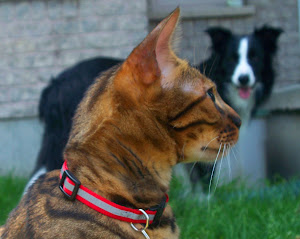 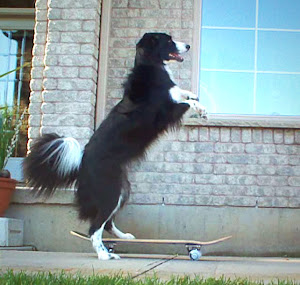 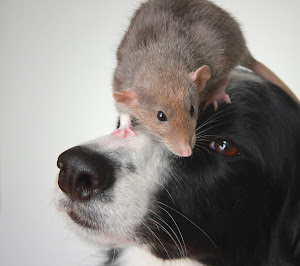 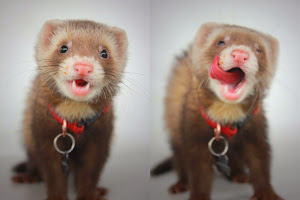 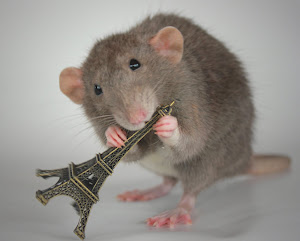 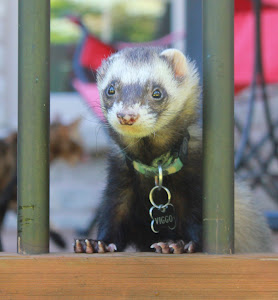 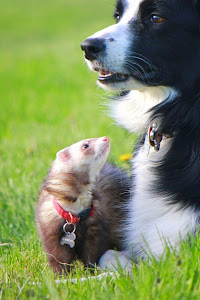 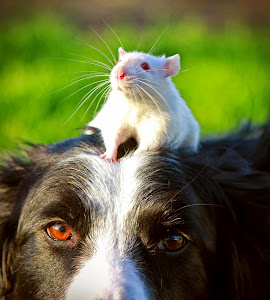